They would rather avoid payday lenders—if they could. But many borrowers who are faced with the need for a fast small-dollar short-term loan don’t have many alternatives. And the soaring number of payday lender locations shows just how frequently financially vulnerable community members are turning to payday services to try and stay afloat.

The payday lending industry experienced an explosive growth over the last two decades. The total number of payday lending stores in the United States eclipsed the number of McDonald’s and Starbucks in 2014 and is today a $41 billion industry. Payday lenders offer an attractive solution to those faced with a financial emergency: get cash in hand, regardless of credit, in mere minutes. For about as long as it takes to order a pizza, borrowers can come into a store and receive a loan without a credit check or extensive documentation. However, that instant gratification can come at a high cost. The Consumer Financial Protection Bureau (CFPB) says the average borrower takes out 10 loans each year, often one right after another. CFPB data shows that 70 percent of payday loans are taken out on the same day as a previous loan is repaid.

In 2016 alone, Michigan borrowers lost an estimated $94 million in payday lending fees, with 559 stores statewide. That’s money those borrowers could have used to build an emergency savings fund, pay for car repairs or new clothes for their children without having to take out another loan.

How credit unions can become a better alternative

The majority of consumers (70 percent) believe that payday loans should be more, and better, regulated. Increasingly, borrowers are also clamoring for a more consumer-friendly alternative to traditional financial institutions. According to Pew, eight in ten consumers would prefer small-dollar loans from a bank or credit union over a payday lender, and 92 percent would agree if the loans cost six times less than those of payday lenders.

In the lack of alternatives, be the alternative. Give members a better option.

The advent and dramatic expansion of payday lending in the U.S. is a relatively new phenomenon and should be a wake-up call for credit unions,” said CU Solutions Group President and CEO Dave Adams. “As banks rediscover this lending opportunity, it would be a mistake for credit unions to ignore these trends. Credit unions and their support organizations will need to find creative and disruptive strategies for helping these consumers to make smart banking and borrowing decisions with a complement of financial education.”

However, credit unions still have significant challenges when it comes to issuing small-dollar loans. Consumers say that speed, cost, and the certainty of approval are the top factors in choosing where to apply for a loan. For many payday lenders, instant approval is their most attractive feature, despite the staggering cost.

Borrowers also prefer to apply for loans electronically, either through a computer, tablet, or their mobile phone. 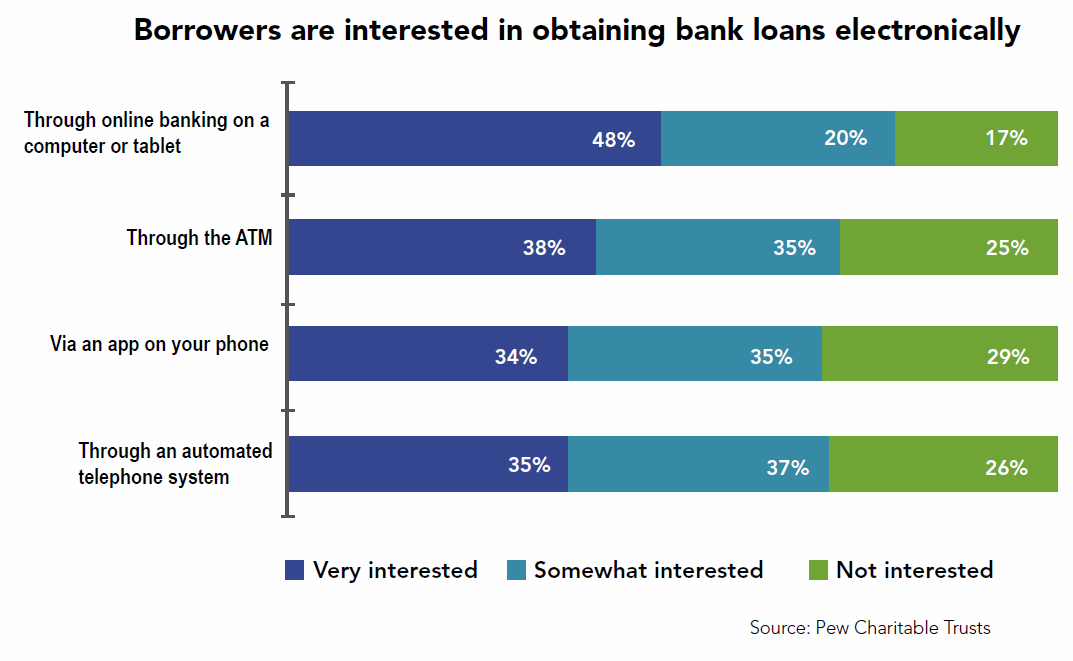 Risk vs reward for the credit union

As with any new financial product, credit unions have to consider the risks:

When it comes to an automated, online system, two risks credit unions will have to pay careful attention to is the problem of member authentication and underwriting risk. If credit unions are partnering with a fintech firm to create their small-dollar loan solution, they must ensure the fintech has solid member authentication mechanisms that are similar, if not the same, as the mechanisms the credit union already uses for online and mobile banking. In addition, robust underwriting practices reduce the amount of risk the credit union is exposed to for short-term lending, especially as credit unions may wish to look at more than FICO scores.

The first question many credit union leaders will ask is:

Combined, these additional costs may place small-dollar loans out of reach for credit unions that lack the necessary resources.

Fortunately, there are options for credit unions who want to expand their reach without breaking their budget. Automated, cloud-based, omnichannel platforms are drag and drop options now. Technology Solutions from CU Solutions Group offers options that are user friendly on both ends and scalable depending on your credit unions needs. There are anything from chatbots to automated lending platforms.

Your credit union could learn from their experience:

Using a product which was built with credit unions in mind and is scalable to your needs, minimizes the risk and investment of a credit union and has the potential to offer substantial rewards for members and credit unions alike.